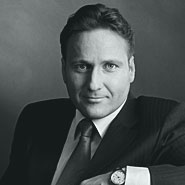 Mr. Minchenko is responsible for the overall management of each of three companies within MINCHENKO CONSULTING: PR Agency “New Image”, International Institute for Political Expertise and the Government Relations Agency “Michenko GR Consulting”. He has been in the business of policy analysis, political consulting and public relations since 1993.

Mr. Minchenko is the top political analyst in Russia, a successful lobbyist and a sought after political consultant. He managed over 200 successful political campaigns in Russia and abroad, provided his expertise to a number of established international corporations, served as an advisor to many Russian government agencies, and participated in numerous successful national, regional and international research projects. In 2006, he founded and was the First Chairman of the Government Relations Committee under the auspices of the Russian Public Relations Association, and since 2015 he is the Chairman of the Political Consulting Committee of the Association. Mr. Minchenko gives lectures at the Moscow State University, Faculty of World Politics, is a member of the National Academy of Social Expertise in Russia, Chief Editor of Stratagema.org (a Russian online publication on political consulting and lobbying), a Board Member of the Russian Association of Political Consultants, and a member of the International Association of Political Consultants.

Mr. Minchenko holds MA in history from the Chelyabinsk State University and studied Political Psychology at the Russian Academy of State Service under the President of the Russian Federation. He is the author of three books: How to Become and Remain a Governor (2001), The Art of Political Consulting and Campaign Management: Experience of Russian Political Consultants; and How to Win Elections in the United States, the Great Britain and the European Union: a Campaign Management Analysis. Mr. Minchenko is also a co-author of a series of studies on the specificities of elections in the United States, European Union and the Great Britain, a co-author of the Governors’ Political Survival Rating in the Russian Federation, an author of over 100 publications on political consulting and lobbyism, and the creator of Politburo 2.0 analytical model of social interactions and decision-making among the Russian elites.